Like many sectors, the announcement of national lockdown in March 2020 has had a catastrophic effect on the aviation industry. With the already ailing national carrier in business rescue, followed by the liquidation of a number of smaller, low-cost domestic airlines and a general grounding of the industry at large, it would not be entirely amiss to believe that the sector was in a permanent downward spiral.

However, behind the scenes, Government, in partnership with numerous industry associations and private enterprises, have been hard at work in ensuring the gradual re-opening of the sector, as quickly – and safely – as possible.

“We have to be cognisant of the fact that Covid-19 was brought into the country via aviation,” says Leon Dillman, CEO of the Commercial Aviation Association of Southern Africa (CAASA). “However, saying that, a grounded plane costs money. While planes are parked salaries and loans still need to be paid, and overall it’s a very expensive exercise to have a plane sitting unused on the runway.”

Over the past few months, CAASA has been working tirelessly behind the scenes to ensure the re-opening, and ultimate survival, of the industry.

CAASA’s first step was to approach Government and the South African Civil Aviation Authority (SACAA) to ensure that all those exempt from level 5 lockdown restrictions were able to continue flying unabated. “If unsuccessful this would have had a devastating effect on the economy at-large,” says Dillman. “However, it goes to show how people pull together in times of need, as our application was granted without dispute.”

CAASA became the conduit for applications to the SACAA for essential service providers in the medical, health, agriculture, food security and later mining sectors, to continue flying. Organisations such as Medivac were able to provide much-needed medical services, farmers were able to continue spraying their crops, and essential Covid-19 supplies such as ventilators and Personal Protective Equipment (PPE) were brought into the country.

With the onset of level 4 restrictions, CAASA was instrumental in securing the go-ahead of South Africa’s repatriation flights, essential business flights and maintenance flights – crucial in aircraft not losing their currency. After much input from CAASA and a number of other associations such as BARSA, AASA, the Aeroclub of South Africa and the South African United Business Confederation, Government gave the green light for the continuance of cargo flights where possible, especially with regards to raw materials such as gold and platinum.

“During these extraordinary times, it is important to ensure that aviation is strategically positioned to support business and the growth of South Africa’s economy,” adds Dillman.

With level 3 lockdown, the focus shifted to training schools, solo pilot operations and other charter flights.

With CAASA once again acting as the conduit between industry operators and stakeholders, internal resources were thrown at collating and scrutinising data for the SACAA on which to make their recommendations to Government.

“After negotiations with the Minister of Transport, Mr. Fikile Mbalula, air schools and solo pilot operations were able to officially re-open on the 1st June,” says Dillman. “It was indeed a feather in our caps, as we worked alongside AATOSA and a number of air schools to ensure that all pilots have continued access to simulator training, as well as re-introducing proficiency flying in order to ensure ongoing air worthiness and competency ratings.”

This has since been followed by the gradual easing of domestic flight regulations, and the re-opening of domestic airports, primarily for business purposes.

“Our aim is always to get what planes we can, back up in the air,” states Dillman. “With Covid-19, this obviously has to be done with safety as a first priority. All industry stakeholders for the first time ever, have had to collaborate, co-operate and pull together in order to achieve this mutual objective.”

This includes representatives from Government, CAASA, ACSA, the SACAA, ATNS, AASA, BARSA, the Aero Club of South Africa and a host of other industry associations.

“It has been a constant back and forth, but I can state unequivocally that guided by our suggestions and recommendations, Government as done everything in its power to open up the local aviation sector as safely and quickly as possible. Together we will continue to map the path forward, with the aim of creating a platform for the ultimate recovery of the industry.” 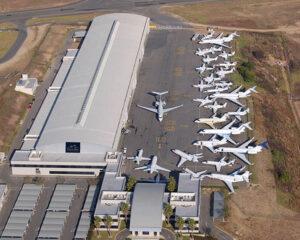 What future for the airline industry?
June 5, 2020 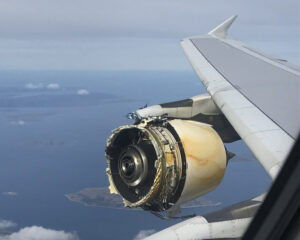 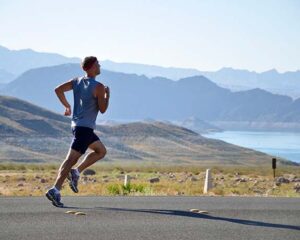 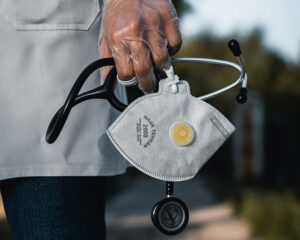