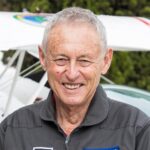 The first of the three phases associated with any take-off in an airliner, be it carrying passengers or freight, dealt with the “low speed” rejected take-off. During this phase,  which commences when the thrust levers are advanced at the beginning of the take-off roll, up to somewhere around 80 to 90 knots, a take-off may be rejected for a multitude of different malfunctions or abnormal occurrences.

The second phase of the take-off run was from this speed of 80 to 90 knots right up to just short of V1, during which a take-off should only be rejected  for: A Fire or a Fire Warning, an Engine Failure, a Predictive Wind-shear Warning, or the perception that the aircraft would be unsafe or unable to fly.

The third phase begins at V1. If a take-off is going to need to be rejected, then the actions associated with the procedure that must be followed, have to be commenced BEFORE the V1 speed is attained. Therefore, from V1 onwards, the take-off must be continued.

Depending on what has in fact happened to put the safety of the aircraft in jeopardy, the pilots are now committed to continuing with the take-off. The aircraft needs to continue  accelerating until the “rotation speed” (Vr), is achieved.

In the event that an engine has failed, the aircraft should be  able to do this. Naturally, the rate of acceleration will reduce immediately. However, the flight testing that was done during the type certification  and the data that was obtained therefrom, give the assurance that the Vr will be achieved and that the aircraft will get airborne and cross the upwind threshold of the runway at a height of at least 35 feet and at a V2 speed that is no less than 1.2 of the stall speed for the flap and slat settings that is being used for that take-off.

Once all of the requirements in terms of height and speed have  been achieved AND the landing gear is fully retracted, the “FIRST SEGMENT” of the climb is said to be complete.

The “SECOND SEGMENT” of the climb now begins. The landing gear would be fully retracted and the operative engines would be at TAKE-OFF THRUST, with the flaps and slats remaining in the take-off configuration.  This segment ends at a minimum of 400 feet above the airport elevation, or, if there are obstacles or rising terrain ahead, at a specified height that is appropriately higher. Only once this height has been achieved may the aircraft be accelerated so that the flaps and slats can be retracted.

An aircraft that is operating with one of its engines that has failed, is very vulnerable during the second segment of the climb. It therefore needs, very definitely, to be able to maintain a certain climb gradient. This climb gradient is given as a percentage and not as a climb path in degrees.  A 2.5 %  climb gradient would mean that for every 100 feet that the aircraft travels forwards, it would need to climb two and a half feet. The climb gradients that are specified depend  on the number of engines an aircraft had to start with, and then the number of them that  it would therefore  still have operating  after the failure of one of them had occurred. The regulations require second segment climb gradient  capabilities  of 2.4, 2.7 and 3% for two, three and four engine aircraft respectively.

During the second segment of the climb, the aircraft must be able to maintain a climb gradient that ensures that it will clear any obstacles that lie ahead of it on the outbound track. The vertical clearance from these obstacles should be no less than 50 feet and the horizontal clearance should be a minimum distance of 62 meters within the airport boundary and 95 meters outside of the airport environs.Perfect directional control is therefore of paramount importance.

The THIRD SEGMENT of the climb occurs at a specified height above the airport elevation and this is when the aircraft accelerates so that the flaps and slats may be retracted, up to a point where the aircraft is “clean” and begins with the en-route climb segment. Two options would then present themselves. The flight crew, weather permitting, will either return to the airport they took off from, or they will divert to the airport that they nominated as a take-off alternate.

So…There you have it! All multi-engined transport category aircraft (Part 121) have continued climb capability after an engine has failed. Going back to where we started on the subject of “Take-off Performance”, it was stated that the medium twin engine Part 23 aircraft that we all love so much, DO NOT HAVE guaranteed continued climb capability after the failure of an engine on a take-off. Flying these types of aircraft, the best that a pilot can do to seek and ensure a higher level of safety for the flight, is to attempt to keep the aircraft’s weight down  and then also to take a careful look at the topography and obstacles in the vicinity of the airfield, so that a workable plan of action would be somewhat  available should this be required. 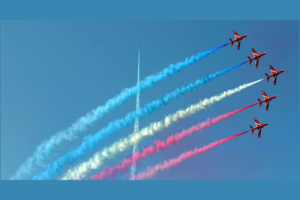 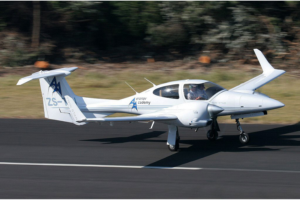